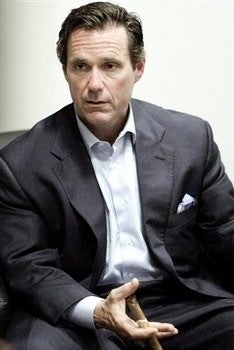 What is Murder in the State of Texas?

I have a case now where my client is charged with Murder when death was unintended. He is alleged to have participated in an armed robbery of a fireworks stand with three other cohorts. The State says he had a gun, as did one of his cohorts, but neither fired their weapon. Instead, the owner of the fireworks stand took out a handgun and started shooting, successfully killing one of the robbers and almost killing my client. My client was charged with Murder because of the death of his co-defendant!

Murders are up in Houston, Texas. I have ten pending Murder cases. I tried three last year before the world shut down. As hellish as 2020 was, the increase in the Murder rate was a particularly horrendous addition. While we hunkered down, masked up and avoided making contact with other human beings, almost 400 murders were filed in the City of Houston in 2020. 2021 is predicted to be worse.

I have handled a boatload of Murders in my career, including Capital Murders. Most have been tried. It is frankly rare to negotiate a plea bargain on a Murder case, since pulling the trigger on decades in prison is a particularly difficult line to cross. Criminal defense attorneys experienced in Murder defense have seen a tremendous change in the prosecutions of these cases. Prosecutors havent changed. The evidence has changed.

Twenty years ago, most Murder prosecutions had one or more eyewitnesses who could identify the accused and that was about it. Essentially, Murder prosecutions were Assault cases where someone had died. It usually took some pretty good evidence of motive to convince a jury to convict. Juries have justifiably been cautious about eyewitness accounts. The human mind is frail and humans are prone to error and persuasion. Things have changed in the courthouse, primarily because of three ubiquitous technologies: Digital Video, Cell Phones and DNA.

We have had video evidence for some time. The first case I tried as a defense attorney was an Aggravated Robbery on video. However, this was the video of olden days, the grainy VHS tapes we used to rent at Blockbuster. So dead is this tech, Blockbuster is bankrupt and Goodwill will no longer take your old VHS recorder. With the old VHS tape systems, a business could record the happenings in its business, but usually from just one vantage point and had to record over the last days events in order to save storage. The video quality was abysmal. All of that has changed with digital video. Now cameras can be placed anywhere and are everywhere. There is hardly a sqare mile in Harris County that isn't being recorded, be it a business or a public street. I'm not even including the cameras on individual cell phones, dash cams or body worn cameras.

I don't have a single Murder case that doesn't have hours of video provided in discovery. Some of the video is almost movie quality, so fine grained that barely any definition is lost by zooming in. Not all of the video taken shows the actual act of Murder, but those that do are particularly difficult to defend against. I have one case where a bar fight turned into a death. The video is so clear and compelling I can imagine almost no cross examination of the eyewitnesses at trial. What would be the point? After watching the video, the jury isn't going to listen to the testimony anyway.

Almost all my Murder caess have cell phone evidence. One big problem with having a cell phone with you is that your movements are easily tracked as you move from one cell tower to another. The historical data from your movements can be obtained through your cell phone company. If a prosecutor is trying to prove that a defendant was at the place where a Murder occurred, they are likely to pull his cell phone records and show him at that exact location. That's never good. Its also bad if an individual commits a Murder without a cell phone. If cell records show a defendant's continous use of a cell phone before and after the time of a Murder, but no use whatsoever during the period when a Murder was alleged to have been committed, the prosecutor is likely to argue that the defendant turned his cell phone off so that he wouldn't be tracked. Damned if you do, damned if you don't.

DNA has been around for some time also. I tried my first DNA case in 1991. However, accuracy has grown exponentially and DNA samples can now be taken from inanimate objects like guns, clothing and automobiles. DNA evidence can be successfully attacked by criminal defense attorneys, but expert testimony is usually required. This means the criminal lawyer better be very conversant in the science and technology. This is necessary not only so that the lawyer can cross examine the State's witnesses, but craft a direct with his own experts that is readily understandable to jurors. Jurors believe DNA evidence, and they are going to tune out unless they quickly and clearly understand the defense argument on why they should ignore it.

So how do you defend a Murder case in today's environmen? How have I been able to win so many of them?  Just because a prosecutor can prove how a death occurred doesn't mean they are fully capable of explaining why it occurred. This is where defenses and affirmative defenses come in to play. In my next blog post I will discuss these defenses in more detail.