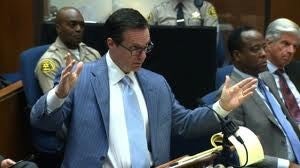 Somewhere out there in the abyss that is the Texas Legislature, a group of individuals are discussing a way to make all open possession of handguns legal. Their argument is that we are all safer if everybody carries a weapon. In actuality, there appears to be a romanticizing of the Texas west that all these old white guys remember from the television shows they watched as kids. I would remind them that in those shows a whole lot of people got shot dead. Naturally, these legislatures are making the Pollyanna assumption that these weapons will only be used in self-defense.

In the last blog post, I discussed the basic law of using deadly force for self-defense. As I told you, the issue at trial is often “immediacy” and “to the extent” the deadly force was necessary. In most cases, before deadly force is actually used there is a whole lot of posturing that goes on prior to use of a firearm. This may include the display of a firearm. When is this legally permissible?

This brings us to Texas Penal Code §9.04 Under this provision, one is permitted to threaten force when the use of force is justified under the rules of self-defense. This includes a firearm “as long as the actor's purpose is limited to creating an apprehension that he will use deadly force if necessary.” According to this statute, threatening with a weapon under these conditions “does not constitute the use of deadly force”.

This is a bit of a digression from our discussion, since a mere threat of deadly force naturally negates its use, so Murder would not be the likely charge. However, I have used this Penal statute in my requested jury instructions in Murder cases along with a request for a lesser included offense. There are some Murder cases where an argument can be made that the firing of a gun was not intended by the accused.

The defendant could be completely wrong about the need to use deadly force and still be found justified in using it. The law of self-defense asks the jury to engage in a type of thought experiment. It is not necessary that the deceased was actually acting in a way that required the accused to kill him. What the jury must do is determine whether the defendant acted reasonably. Reasonableness is determined by looking at the situation through the eyes of the defendant. The question the jury must answer is, was the action of using deadly force objectively reasonable when viewed through the eyes of the defendant and considering his particular circumstances?

Let's look at an easy example.  Imagine a situation where a fully armed man is walking down a dark alley and is confronted by someone holding a pellet gun designed to look like a Ruger semi-automatic. If the confronter pulls his Ruger lookalike out and points it at the armed man, it is possible that he will be shot and killed. The killer was not actually confronted by a deadly weapon, but he could not reasonably have known that. The jury would be authorized to acquit based on the justification of self-defense.

Most of the trials I have had presented more difficult issues for the jury. An example involved a couple of individuals fighting at a party. It began with words and graduated to fists. One individual left the party and my client remained. When this individual returned later in the night, he looked ready for battle. He told my client he was going to kill him and his reputation in the community was that he was always armed. According to my client's version told to the police, this individual reached under his jacket and my client acted first, pulling out his handgun and killing the individual. Did my client believe he had to immediately act? Was the extent of his actions necessary? Was his actions reasonable as seen through his eyes and considering his circumstances? The jury couldn't decide and no verdict was rendered.

It didn't help that everyone was drunk. Did this impact the jury's verdict? Does it matter that my client was intoxicated? I will discuss this in my next blog post.