The Damage of a False Accusation 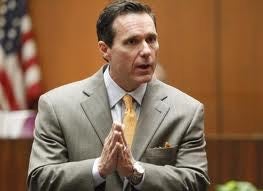 The Damage of a False Accusation

Many of my clients are innocent. Falsely accused, they burn with a fury that is often times difficult to reign in. I am often asked the same question, “You mean to tell me that I can be charged with a crime based only on the statement of one person?”. It is hard to tell them the truth, but yes you can. All it takes is one person, be it a child or an adult, to accuse you of a crime and you can be arrested, charged and forced to answer in court.

Prosecutors will explain this anomaly to the jury by explaining that it is the criminal who decides when and where to commit his crime. They will rhetorically ask the jury why any good criminal would commit a crime in front of witnesses? However, the converse is also true. If a person wants to claim a false crime, wouldn't they also decide what would be the best time to explain no witnesses, or no other evidence. Any individual who falsifies a criminal claim is the real criminal. They know what they are doing.

I successfully relieve my clients of criminal convictions in these situations. However, it takes time and it is continuously painful for the falsely accused. I wish I could do more, but all of us are subject to these false accusations. Sometimes it is within a family. Sometimes it is at work. And sometimes it is in court.

The real problem with these false accusations, is that they last no matter what happens in court. A not guilty verdict and expunction relieves the criminal problem, but the real problem still exists. An accusation, especially in this instant world, makes its way through the community by way of gossip and the internet. Even if a person is exonerated, the stain remains. Who hasn't heard the statement that “He lawyered up and beat the charge”? The implication is that the accused wasn't actually innocent. People prefer to believe this rather than deal with the uncomfortable reality that all of us are subject to false claims. It makes things more tolerable.

I just had a trial where it was clearly established that all of the witnesses against my client were embarked on a poorly run conspiracy to frame him. The jury had no problem seeing through the lies thrust upon them. The verdict of “Not Guilty” came quickly. I think that at the end of the case, even the prosecution that their case was based on falsehoods.

He was happy with the verdict, of course. However, as the relief wore off he began to digest the damage that the accusation had caused him. His cost for legal fees and court days would never be recouped. The worry of his family and lost sleep would never be erased. He asked if he could sue. I told him the truth about his chances for success in such an endeavor and it crushed him.

This system is imperfect. It is not an engine humming along to ultimate justice. It works as a method to ensure that a conviction can only be obtained when proof is so substantial that it requires conviction. However, it requires help. It only actually works when the accused is adequately represented. It only works when prosecutors take cases to court when they have done their due diligence in determining the credibility of the accuser. However, and to our great shame, it has no ability to resolve the pain of the false accusation.