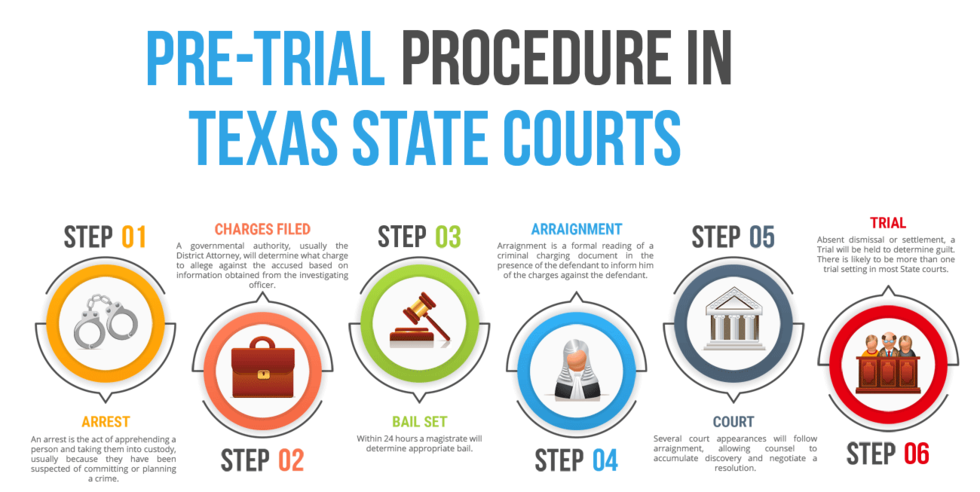 You can be arrested by a law enforcement officer with jurisdiction when he has “probable cause” to believe you have committed a crime. An officer is limited in misdemeanor cases, and in most instances, he must have observed the crime itself in order to arrest you. Otherwise an arrest warrant will need to be obtained.

If you have been arrested in Houston, Texas, the first step to an aggressive defense of your rights is for you to contact an experienced criminal defense attorney. Harris County criminal courts are located in downtown Houston. My office is located three blocks away.

What is a Warrant?

An arrest warrant is different from a bench warrant, although both are issued by a magistrate. A magistrate will issue an arrest warrant when enough evidence is presented by affidavit to prove that you probably have committed a crime. Usually, the warrant is filed with the District Clerk along with the charging instrument. This notifies all police that they are authorized to seek you out and make an arrest.

Sometimes police officers obtain an arrest warrant for the sole purpose of questioning an individual they believe was involved in a crime. This type of warrant may not be filed through the District Clerk and would not show up in a search. This is commonly known as a “pocket warrant”. The purpose of a “pocket warrant” is so that you are not given notice of the warrant. The police want surprise.

Our advice is to contact a board-certified criminal lawyer at Chernoff Law when it becomes known or suspected that a warrant has been issued. We have access to the Harris County and other County computer systems, in addition to contacts with law enforcement and can verify and monitor warrants.

In Harris County, the district attorney makes the decision whether to charge you with a crime. In the majority of cases, one of the assistants stationed at the intake division of the District Attorney's office will review the case for filing. More often than not, this will involve a single phone call from an officer on the scene. During the call, the officer will explain to the assistant the facts of his case and the assistant will make the immediate decision whether probable cause exists to charge a crime. You do not have the right to a criminal lawyer at this time. It is important to note that in the vast majority of cases an Assistant DA makes the decision to charge based solely on a short phone call with the officer. Any information, including exculpatory information, is controlled by the officer on the scene.

After the Arrest – Bail

For some crimes, bail will be set at the time the case is charged. In most circumstances, however, bail is not set until the accused has been brought before a magistrate. This usually means that the individual charged cannot surrender and get out immediately by posting bail, sometimes known as an “in and out” bond. This causes all sorts of problems for people, as the delay can be as long as 18 hours before a magistrate can be seen.

There is a solution to this problem. You have the right to counsel from a criminal defense attorney after being formally charged. If you hire me before you surrender, I can take you into the Court in which you have been assigned and ask the Judge to set bail. Then you can be released to the bondsman to take you over to the processing center and file a bond for you. Be warned, however, not all Judges allow this procedure! Get advise first.

In some circumstances, bail is set too high by a magistrate for you to make it out of jail. This happens quite often in theft or drug cases since the bail amount is sometimes determined by a multiplication of the value of the alleged loss in the theft case or the street value of the drugs. (notwithstanding the recognized unconstitutionality of this approach.)

When bail is set too high, there are formal and informal techniques we can use to reduce the amount. Since bail is supposed to be set for the purpose of assuring the accused returns to court, often times I can get the prosecutor to agree to a bail reduction. If no agreement can be made, I will ask the judge. The Judge may, after hearing the facts of the case and your life circumstances, informally reduce the bail amount. In other cases, a writ of habeas corpus might need to be filed and prosecuted.

The Role of Pre-trial Services in Harris County

Some Texas counties, like Harris County, have a pretrial release service. Historically, the department was rarely used as a method to replace the traditional bail system. This has changed in the last few years. Now most misdemeanor defendants are released on a pretrial bond and more than half of the felony cases get out of jail this way.

Whether this applies to you depends on whether you have made it all the way to the magistrate after being arrested. In addition, many courts use pretrial services as a method to monitor bail. Pre-trial is brought in to administer additional conditions attached to the accused's bail irrespective of whether a surety is involved. Bail, and bail conditions, are tricky. This is another very good reason to hire us early on in the process.

Your first appearance in Court is called a preliminary appearance. If you have been charged by indictment, it is referred to as an arraignment. Unless formal arraignment is waived, the judge will verify your identity, ask the prosecutor to recite facts that establish probable cause, and ask for your plea

Very likely, if I already represent you, your first appearance in Court will be anticlimactic. The formality of arraignment will usually be waived, unless I think that it would be in your best interest for the Judge to hear probable cause facts. You will probably not be called on to do anything at the first setting but identify yourself at docket call.

It is possible, depending on what your charge is, that the Judge will want to impose bail conditions or issue a Magistrates Order of Emergency Protection(MOEP). I will oppose any unfair conditions.

Except in the unlikely event your case is dismissed on the first court date, you will be required to go to court several more times. Your case will take some time in order for you to get the best result. Your case will be reset each appearance for about a month, until it is resolved or tried.

On each court date, I will continue to gather discovery and take the opportunity to chat with one of the prosecutors in court. In time, I will have obtained what I need to get to the bottom line in your case. The conversations with the prosecution will become much more productive.

What Are the Possible Outcomes of My Criminal Case?

In short, there are only three possible ways to resolve your criminal case: 1) Dismissal, 2) Plea Agreement, or 3) Trial. The prosecution has sole authority to dismiss her own case, though she may be persuaded to do so after conversation with defense counsel. A plea agreement, commonly referred to as a “plea bargain” may be an acceptable alternative in your case if the evidence available to the prosecution is strong enough to convict and the jury is likely to administer greater punishment than what is being offered.

Trial is rare, but it may be required in your case. Many people fear trial, since it gives twelve perfect strangers power over what happens to them. However, sometimes it is necessary, which is why I have repeatedly stated in this site why you must hire an experienced criminal attorney. If your lawyer doesn't have experience in trial, you subject yourself to great risk.