This client came to me before charges were filed. He was accused of rape by a longtime friend of his and had heard that police were investigating. He was scared, of course. He was in his twenties and had just begun a lucrative career. A rape conviction would derail all of his plans.  After hearing his story, I was convinced of his innocence. Nevertheless, I advised him not to speak to police and to refer any inquiries to my office. In the interim, I advised him to gather all proof of communications between him and the alleged victim. Months later, the police called.

Cops come in three stripes; either they believe in guilt right from the very beginning and think their job is to produce evidence for conviction, believe that the case was falsely filed and are looking for something to produce that will make the case go away or have an open mind about what happened. It was clear from my conversation with the police investigator that he already believed a rape had occurred.

There seemed to be no reason to subject my client to an interview. My client would have told the police officer that he had sex with his friend and although we weren't hiding this fact, this was an element that the prosecution would have to prove, and I had no idea whether facts existed other than the testimony of the complaining witness. In effect, all that my client could have done was deny the accusation. This would not convince the cop and it wouldn't be admissible in a later trial in any case.

The cop was pleasant enough and he promised that if charges were filed he would notify me so that my client could safely surrender himself. I told my client that cops didn't normally lie to me about that, but there were exceptions. This cop was an exception. Several months later, my client was arrested while attempting to board a plane on a business trip.

My client was charged with Sexual Assault in Harris County District Court. We went through several assistant district attorneys in the year leading up to trial. I knew that the complainant had lied about the accusation. She was embarrassed about having sex with my client, and concocted the rape allegation as a method to cover up the affair. To be fair, it was unlikely that the complainant wanted the police to be involved. She made the accusation to mutual friends, afraid that my client would reveal their drunken sexual affair. One of her friends got the police involved. After that, she couldn't change her story.

We had a Facebook message she sent to my client the day after the tryst that, although did not admit to the lie, strongly pointed towards her motive to make up the allegation. Before showing my hand, I filed very specific discovery requests asking for any communications the State had between the parties. As it turned out, the complainant provided almost all the emails and text messages between the parties to the investigating officer. At worst they were benign. At best they showed a strong friendship between the parties and my client's genuine concern for the complainant's well-being. Tellingly, the Facebook message was not provided.

I had several conversations with the prosecutors on the case, attempting to gauge their conviction in the strength of their case. It varied among prosecutors, but a deferred adjudication offer was made as we got further towards trial. This told me that they were concerned, but I still had to decide whether to provide the Facebook message to the prosecution. Texas is one of those States where the defense is not required to share its evidence with the State during discovery. The decision to provide evidence to the State usually comes down to whether the State is looking for a reason to dismiss.  Ultimately, I decided to hold on to our ace card and wait to use it at trial. My concern was that they would show the message to the complainant and she would explain it away. If she wanted to explain it away, I wanted her to do it for the first time on cross-examination.

It was not easy getting to trial. The Judge was very helpful. I made it clear on each trial setting that we were anxious to litigate. Ultimately our number was called, and we were immersed in jury selection. Much of my conversation with the jury involved their experience with late night drunken sexual encounters. Everyone seemed to have their own story. I asked a question of the panel whether anyone had ever had sex with someone and regretted it the next morning? The conversation in that area was quite raucous.

From our perspective, the case began with the cross examination of the complainant. One of the burdens that a criminal defense attorney has in any case with an alleged rape victim is that the jury believes their duty is to protect the victim. Even if the lawyer believes the complainant is lying, an attack on the witness runs the risk of alienating the jury. Thus, I began my cross tenderly. That changed during the course of cross.

I had pre-prepared the demonstrative evidence I hoped to use for cross. I placed the entirety of the text messages and emails that the complainant had given to the police on a power point presentation and went through each with the complainant. I also placed the last section of the surveillance video on the power point and showed it again to the witness. I pointed out that she had waived to the door man when she left the apartment building and verified from her that she did not seek help from the officer. I spent an hour showing the inconsistencies in her actions from what would be expected from a rape victim. I waited until she became combative before I presented our best piece of evidence.

The Judge and court personnel were mostly busy throughout the trial, not paying particular attention to the testimony. The prosecutor acted annoyed at my cross. However, everybody paid attention when I approached the complainant and asked her to authenticate the Facebook message. The prosecutor was no longer annoyed as I placed the message on the overhead projector. She looked devastated. The jury was fixated. As I had hoped, the witness was surprised and unable to explain it away. I asked her why she had provided all of the messages between the parties but decided to leave this one out? I asked her if she had told the prosecutor about the message? Her responses were unintelligible. I didn't ask her to be more specific. The case was over at that point.

The jury acquitted my client after a short deliberation. Later we expunged my client's record. I still get messages and Holliday cards from him. He is doing well. 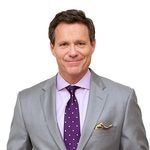